The Hull Soccer Association is developing a discussion paper proposing the construction of a multisport center at La Fonderie historical building. The president of the association, Mr. Pierre Vilandré, entrusts this file to Mr. Richard Gravel.

Elected president of the Hull Soccer Association, Mr. Gravel is continuing his efforts to create a multisport center and wins a lot of support from the community including the president of Soccer Outaouais, Marc Saint-Amour.

A business plan proposing the realization of a multisport center in La Fonderie is deposited in the city of Hull.

Mr. Gravel, the elected president of Soccer Outaouais, submits the project to the Quebec Soccer Federation. The latter grants Soccer Outoauais a loan of $ 100 000.

Aylmer's and Hull's mayors, Mr. Marc Croteau and Yves Ducharme, present the project to the Communauté Urbaine de l'Outaouais. The reception is favorable.

Soccer Outaouais goes forward with the project working in collaboration with, among others, Hull's Deputy General Director Mr. Jean-Pierre Chabot, acting firector at the recreation department.

The National Capital Commission (NCC), which owns the historical building, hands it over to the City of Hull.

Mr. Gravel has two functions : he sits on the Executive Committee of Soccer Outaouais' Federation and is a member of the Marketing and Communications Department. These functions enable him to progess the project and communicate with various stakeholders in the governments of Canada and Quebec.

The Transition Committee formed as part of the project to merge the municipalities of the Outaouais area supports the creation of a multisport center.

The provincial and federal governments are providing grants to Hull in the purpose to renovate the historical building La Fonderie.

Hull undertakes the renovations at a cost of approximately $ 8 000 000.

The city signs a memorandum of understanding with Soccer Outaouais entrusting her with the mandate to develop and manage the sports facilities of the future multisport center.

The architect, Mr. Pierre Morimano, develops plans and specifications for the development of two artificial turf pitches and a multisport area.

Gestion ARSO obtains a building permit from the Urban Planning Department of the City.

In April, Gestion ARSO proceeds with the development of the sports fields at a cost of $ 750 000.

The Gatineau Multisport Center opens its doors at the beginning of June. 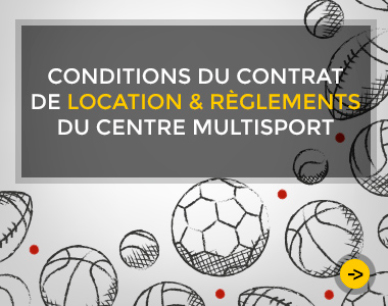